The Tartu Art Museum is pleased to present the group exhibition (self-)opinion, a selection of striking videos by female artists from the museum’s contemporary art collection.
The Tartu Art Museum’s collection of contemporary art has over 300 works of art, which have been collected in an effort to create an extensive and thorough overview of Estonian contemporary art. The collection provides numerous opportunities to explore a variety of interpretations of different visual languages, methods and themes that have interested local artists from the 1980s until the present day.

The exhibition (self-)opinion brings together a selection of five outstanding video pieces by five of Estonia’s most outstanding contemporary artists. Their sincere and witty personal opinions are universally topical, stirring and timeless. Kai Kaljo’s legendary video Loser (1997) uses humour to touch on the hardships of the dramatic career prospects of artists, as well as the possibility of self-realisation and happiness. In the work Hero of Post-Soviet Labour (2004), Mare Tralla explores the way Soviet legacy influences perception of labour, body and women’s image. Minna Hint’s documentary Three Pictures of Life and Time (2006) presents three opposing yet similarly struggling characters in search of meaning and happiness in life, as they encounter hardships in their careers and feel mentally drained by their work. Tanja Muravskaja once hoped that a new generation, her generation, could bridge the gap between Estonians and the Russian-speaking minority. Seeing all her hopes crumbling she smashes the parade portraits of her colleagues she herself had made shortly before the “Bronze Night” in the work Split Mind (2010). And finally, one of the newest works acquired for the museum’s collection, Maria Kapajeva’s Ten Ways Not to Become the Invisible Woman After 40 (2020), and the installation Or Other (2020) illustrate with sad irony the harshness of society’s paradoxical gender expectations regarding 35-55-year-old women.

“I have always considered it very important to have works that are understandable to viewers, and that a minute spent watching one of my videos would not be a minute wasted for viewers,” commented Kai Kaljo on the decision to once again show her 1997 work Loser.

Thanks: Cultural Endowment of Estonia 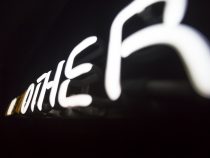 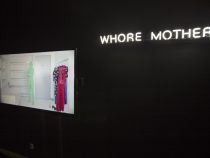 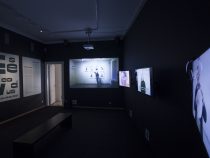 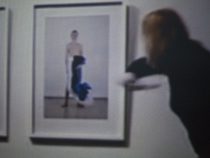 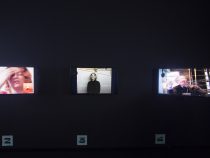 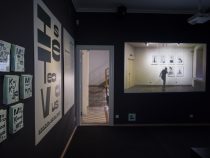