Vano Allsalu “World in the Head”

On 16 October 2021, the exhibition “World in the Head” by the painter Vano Allsalu will open in the Tartu Art Museum. The ground floor of the Leaning Building will be taken over by colourful, emotional and intelligent abstract artworks. Visitors can follow the artist’s spontaneous inner world and each can explore it in their own way and in their own time.

The works in the exhibition and in the accompanying catalogue were made over the last decade and the artist has divided them into four sub-themes: “Motive. Singular”, “Painting as Landscape”, “The Order of Chaos” and “Exit Through the Subject”. Although all of the paintings are very characteristic of Vano Allsalu’s work (e.g. colourful and vivid abstract works of art), a sharp observer will notice after more thorough inspection differences in compositions: confined and unbound surfaces, horizons and their absence, a clear focal point on the canvas or the general intensity of the image. The exhibition offers a concentrated selection of the works while a general understanding of the conceptual background can be gleaned from the catalogue. In addition to 71 reproduced paintings, and interpretations by Joanna Hoffmann, Jaan Elken and Tiit Aleksejev, the publication also contains the artist’s own philosophical and poetic contemplations.

The themes of Allsalu’s oeuvre range from natural elements to mythological constructs to states of mind. They also touch upon the intimate and personal, as well as cultural and social issues. According to the artist, what he considers important are the intellectual undercarriage of a visible image, visual and verbal references, and the rise of meaning on the border between the abstract and the figurative.

Allsalu recommends looking at his works together with the titles, as integral wholes, but he concedes that the work itself is still primary. He also emphasises the temporal factor: this means that viewers should take the time to observe and to perceive. The first impression is one thing, but the aftertastes and sensibilities can offer a completely different experience. Upon deeper inspection, the experience will only intensify. “Every painting is like a world in itself, complete in its imperfection,” adds Allsalu.

Vano Allsalu (b 1967) graduated in 1991 from the Painting Department of the Estonian Academy of Arts. He has participated in exhibitions since 1984 and has been a member of the Estonian Artists’ Association, Estonian Painters’ Association and Tartu Artists’ Union since 1992. He has taught painting as the holder of the Chair of Painting in the University of Tartu, as an assistant professor at the Estonian Academy of Arts and as a lecturer in the Sally Stuudio Art School. In 2013–2019, Allsalu was the president of the Estonian Artists’ Association and is currently its vice president. His works are in the collections of the Art Museum of Estonia, Tartu Art Museum, Akzo Nobel and Bank of Estonia, as well as in private collections in Estonia and abroad.

The exhibition is supported by the Cultural Endowment of Estonia.

“World in the Head” exhibition booklet 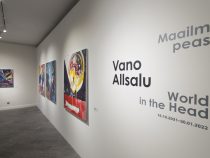 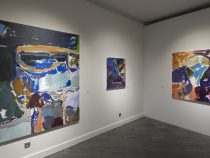 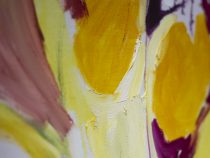 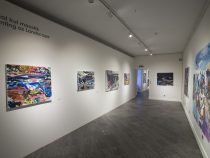 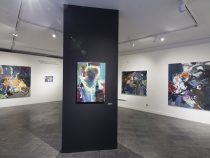 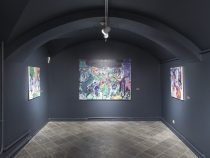