The Queue. An Episode in Tartu’s Photo History

The most popular of the Woman in Photographic Art exhibitions took place in 1989 and over four weeks it was visited by 24 000 people. The stories about the queue at the Art House’s doors is the starting impulse for the present exhibition, but another aim of focusing on this curious episode is to bring attention to the international reach of photography in the 1980s and to the peculiar role that photo clubs, which enjoyed somewhat greater freedom than the strictly regimented creative unions, have played in Estonian cultural history.

In the Soviet Union, photography was not recognised as a form of art and therefore there were no photographic artists. A professional photographer was somebody who took photos for the media, for a factory or for some other institution. At the same time, beginning in the 1960s photography as a hobby was promoted by the state and thus a photo club was also formed under the auspices of the Tartu Cultural Centre, functioning in the eyes of the authorities as a hobbyist art circle. By offering an outlet for photographic artists whose works were shunned by traditional art exhibitions, the Tartu Photo Club was actually quite significant.

Some of the most notable events of the Tartu Photo Club made up the series of competition-exhibitions Woman in Photographic Art, which were organised by the club’s creative director Valeri Parhomenko. Besides the number of visitors, the international reach of the exhibition is noteworthy. Woman in Photographic Art can be characterised as an exhibition of deficit. Eroticism was publicly deplored in the Soviet Union and organising an exhibition around the theme of women demanded quite a lot of political manoeuvring: the third theme, besides nudes and portraits, focused on women’s social roles, and the fact that the exhibition was opened on International Women’s Day was no coincidence. However, everything from abroad, including from other socialist countries, was considered equally as rare as eroticism in the USSR. Another important aspect was the fact that the exhibition was almost the only opportunity to experience photos of high technical quality, which the reproductive possibilities of Soviet media could not offer.

The Queue. An Episode in Tartu’s Photo History is part of the exhibition series Tartu 88, which consists of archive projects of the Tartu Art Museum meant to cover the last 35 years of Estonian art history, the most under-represented period in the museum’s archives. The aim of the project is to create thoroughly researched additions to the archive to supplement materials in the museum’s collections from earlier eras.

The present exhibition will inevitably not tell the whole story of the competition Woman in Photographic Art, but hopefully the added attention it garners will elicit recollections from people we did not know to interview during the preparation process and to facts which we were unable to find.

Supported by: the Cultural Endowment of Estonia 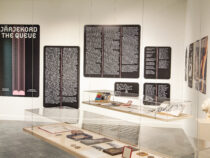 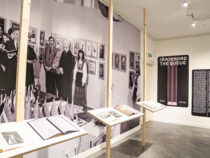 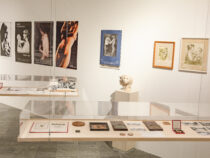 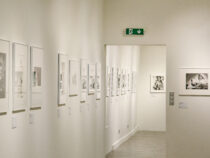 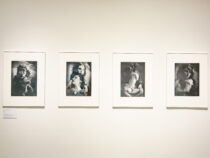 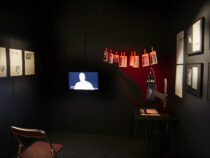 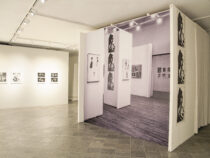