The starting point of Allmägi’s exhibition is a 2015 law in Russia that classified the cause of death of all soldiers. Hiding somebody’s death is difficult but the reasons and details can easily be suppressed. According to official explanations, soldiers who die in a foreign country are often there on vacation, unbeknownst to their relatives. Despite visible bullet holes, the autopsy papers state heart attack as the cause of death. Human beings are turned into a resource that can be sent wherever to do whatever. In the official documents that are available to the general public, the darkest deeds are hidden behind black bars.

Attempts to bring the truth into daylight are equated with violating the interests of the state and can be punished. The laws also relieve the state of any responsibility to the deceased, their loved ones or the general public, and remove the disagreeable task of offering explanations. Secrecy creates paranoia and paranoia grows into conspiracy theories. One fact becomes a whole drama.

Art Allmägi (b 1983) is an Estonian sculptor and installation artist. He has studied stone cutting and blacksmithing at the Vana-Vigala Technical and Service School, and sculpture and installation at the Tartu Art College (BA) and the Estonian Academy of Arts (MA). His works are characterised by a balanced symbiosis of audacious, often vulgar, humorous and shocking themes and professional technical skills.

The exhibition is accompanied by a richly illustrated catalogue containing an interview with the artist that offers an overview of Art Allmägi’s last four Russia-themed exhibition projects.

The exhibitions and the publication are supported by the Cultural Endowment of Estonia. 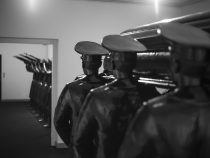 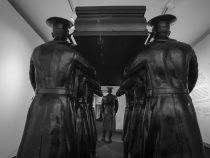 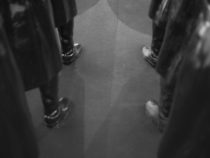 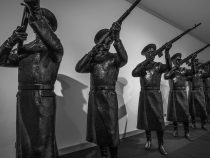 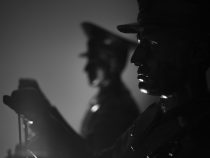 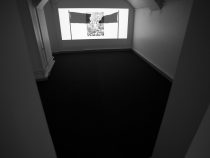