Eve Kask’s solo exhibition, 2 + 2 = … will open on the ground floor of the Tartu Art Museum on January 25th at 6 p.m. The exhibition presents the artist’s most outstanding works of recent years and, being located on the border between truth and fiction, is related primarily to the phenomenon of post-truth. The exhibition will be open until 13 May 2018.

“Through playful and staged personalised worlds, Kask examines the characteristic social yearnings, beliefs and fears of our time,” says curator Brigita Reinert as an introduction. “Kask may be seen as a trickster, who, wishing to nullify the authority of power and socially valid discourses, toys with and beguiles us with the help of fictitiousness,” she adds. Several new works have been completed for the exhibition, in which such topics as new populism, political propaganda and the relationship between knowledge and power are examined.

Kask, as an artist who has lived in both Soviet and independent Estonia, has a good overview of how the two different political regimes operate. Thus, she also views the Soviet era as an example of a post-truth society, and examines which mechanisms of that society have been carried over into Estonia’s current socio-political situation. Kask is interested foremost in the contemporary information field and media space, and its ability to constantly shape our public values. By creating a spatial environment that reflects the so-called post-truth era, Kask examines how we might interpret this phenomenon in the current social situation. What are the manifestations and consequences of it? Can it be seen as being productive?

Humour and fiction are the main tools that Eve Kask uses in her work. Having graduated from the Estonian SSR State Art Institute in 1984 as a graphic artist specialised in book design, Kask is often fascinated by the book format and textual solutions, and her recent work also includes graphic art, photos and spatial installations.

The exhibition is accompanied by an introductory publication. In addition, Eve Kask’s author’s book EE Estonian Express: A True Story of Success will also be published. The latter further explores the topics presented at the exhibition, by connecting the propagandistic pictorial idiom of socialist realism to the present day, and establishing parallels between Soviet-era visuals and Estonia’s contemporary media and information field. The book is on sale at the Tartu Art Museum shop.
An educational programme for various age groups and school levels will also accompany the exhibition. For more information: Kristel Sibul, kristel@tartmus.ee, tel 5881 7801.

Illustrative visuals of the exhibition are attached to the press release.

66 Estonian writers and public intellectuals have creatively contributed to the exhibition.
The Cultural Endowment of Estonia and Meediagrupi OÜ provided a support for the exhibition and the publications. 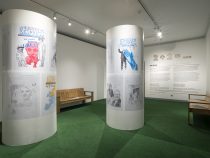 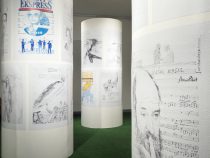 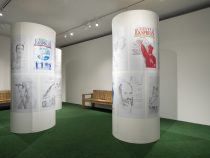 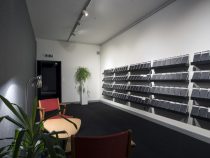 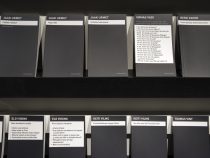 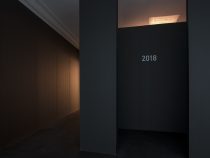 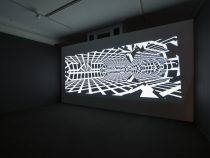 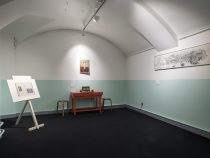 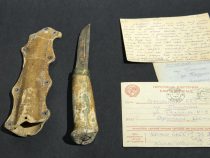 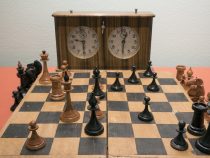 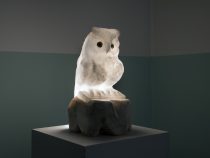