On 15 May 2021, the exhibition “In Isolation”, curated by the master’s students of the Estonian Academy of Arts, will open in the project space of the Tartu Art Museum.

The central artwork and conceptual starting point of the exhibition “In Isolation” is Ilya Kabakov’s visual narrative “The Looking-out-the-Window Arkhipov”, which is about a character named Arkhipov who is hospitalised; isolation and loneliness have an increasingly devastating effect on his mental condition.

During this and the previous spring, we unexpectedly found ourselves in a situation that is reminiscent of Arkhipov’s. Isolated inside the four walls of our homes for an unknown length of time, we at first enthusiastically followed the random passers-by and everyday situations from our windows, but as time passed and loneliness intensified, windows became the border between isolation and freedom. Windows not only showed what was visible, but in them were also reflected our dreams and yearnings.

The works by Jüri Arrak, Kai Kaljo, Nikolai Kormašov, Ilmar Malin, Karl Pärsimägi, Ülo Sooster and Andres Tolts that have been selected to accompany Kabakov’s album were made in different times and in different places, depicting isolation as a result of different factors. The motif of a window that unites them reveals a personal experience – the view that opens from everyone’s window – as well as isolation, which transcends eras and contexts.

Works from the Tartu Art Museum, the Art Museum of Estonia and the artist Kai Kaljo 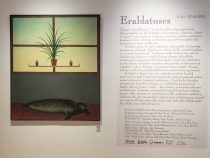 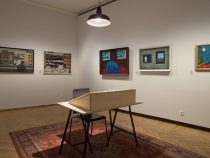 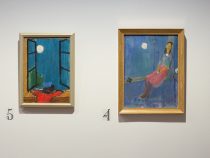 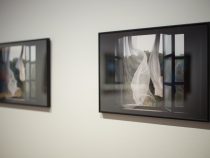 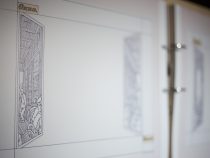 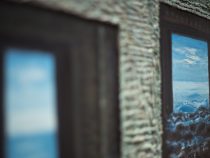 Virtual tour at the exhibition