From 17 October, Alan Proosa’s exhibition “Stories of Love, Bloom, Lust and Loss” is on view at the Tartu Art Museum.
Due to the coronavirus pandemic, there will be no opening ceremony. The exhibition is open to the general public from the morning of 17 October.

The exhibition “Stories of Love, Bloom, Lust and Loss” at the Tartu Art Museum assembles Alan Proosa’s photos taken in South-East Asia. Over the last five years Proosa has mostly lived in and experienced Thailand and has been interested in the numerous transsexual women of that country: the kathoey. The desire to be part of a community is common to all people and therefore it is not a surprise that Proosa, who also identifies as transsexual, blossomed in Thailand, finding both themselves and love.

Proosa as an artist is above all captivated by portraiture. Photographing himself and others, his gaze seems to focus on two aspects: unconditional adoration of the model and a desire to see the camera as a mirror. The people in Proosa’s photos strike dignified poses and they look into the camera with self-awareness. But Proosa isn’t merely an observing portraitist or documentarian. Through the people and relationships included in the exhibition, Proosa tells their own story. Instead of abstract exotic beauty represented by a bystander, Proosa sees the models as ideals to strive for and to identify with.

However, the central characteristic of Proosa’s photos – glamour – is also somewhat controversial. There is a long history of transgendered people in South-East Asian cultures but they didn’t use to be as prominent since historically men’s and women’s clothes didn’t emphasise gender. Fashion that distinguished genders was brought to Thailand by colonialists who didn’t consider a society civilised if it was not possible to distinguish between men and women. It can be said that in a roundabout way kathoey didn’t have any other possibility than to start dressing as women. Proosa’s gaze, which admires their glamour, is therefore inevitably colonial. On the other hand, this gaze also contains tragic undertones that Proosa describes as respect and admiration for the kathoey culture but that nonetheless reveals his sincere sadness, since as a person who was born a white man, a farang, he can never be a real part of that culture.

Alan Proosa has studied semiotics in the University of Tartu and photography in the Tartu Art College. As a freelance fashion photographer, Proosa has photographed the collections of Tiinu Pungits and Laivi and is even better known for photographing theatre performances. A significant element in Proosa’s creative output is played by music, as he is a member of the bands Ruff Enuff, Triinu Gonzales, Nyrok City, Soda Effect and Maikameikers. Proosa has taught in the Tartu Art College and in the Estonian Academy of Arts.

The exhibition is supported by the Cultural Endowment of Estonia. 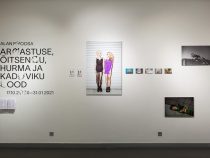 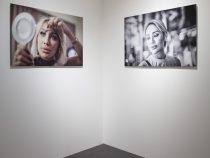 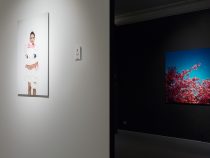 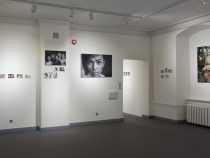 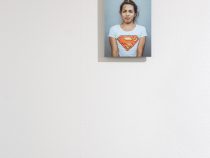 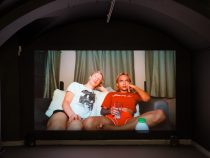