Rendezvous with Nelly. Eduard Wiiralt from the collection of Juhani Komulainen

The Tartu Art Museum, in collaboration with the Tuglas Society, is pleased to present the private collection of the Finnish composer and art collector Juhani Komulainen consisting of the works of Eduard Wiiralt (1898–1954). The collector and Wiiralt are tied together by their relationship with France and Paris, where both of them have lived. Komulainen’s dedication to and care for the heritage of Wiiralt deserves recognition.

Eduard Wiiralt’s career as an artist is significant for both Tartu and the Tartu Art Museum. The printmaker who later became internationally renowned was in 1924 among the first graduates of the Pallas Art School and remains one of the brightest examples of the international success of the school and of Estonian art in general. As a recent alumnus, Wiiralt taught for a while at Pallas but in 1926 he went to live and work in Paris. The exhibition Rendezvous with Nelly uses the Komulainen collection to present Wiiralt’s life in France. Besides masterful prints, original drawings and monotypes, which can only be made in limited editions, will be shown for the first time in the museum.

The main part of Komulainen’s collection consists of a complete set that he acquired from an auction in Paris in 2002 and that contains Wiiralt’s oeuvre from the years 1931–1933, when he was in Strasbourg. The 58 originals include numerous unique nude and figural drawings, portraits, sketches and the drawing series The Saints. This collection probably belonged to the artist, collector, musician and poet Nelly Stulz, who had invited Wiiralt to Strasbourg. Komulainen has systematically added to his collection, mainly works by Wiiralt from 1926–1939, when the artist was living in France.

In recent years, Tartmus has increasingly committed to exhibiting works belonging to private collections. In 2019, the project Pallas in Estonian Homes consisted of two exhibitions for which the curators visited nearly fifty homes, collecting crucial archive material and information about works that had previously been unknown. A year earlier, we exhibited a selection from the rich art collection of Enn Kunila on two floors. It is important that the public also see valuable Estonian art from private collections that cannot be displayed every day. Komulainen’s collection has been shown in Estonia before (Adamson-Eric Museum (2006), Pärnu (2010), Riigikogu (2017), Kadriorg Presidential Palace (2017–2018), Kuressaare (2018)) but in Tartu, a city that played such an important role for Wiiralt, it will be shown for the first time.

The collection of Juhani Komulainen has been thoroughly researched and analysed by the art historian Mai Levin. The present exhibition is mainly based on her knowledge of both the collection and of Wiiralt in general.

“Rendezvous with Nelly. Eduard Wiiralt from the collection of Juhani Komulainen” exhibition booklet 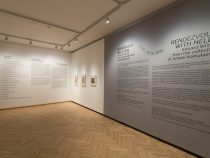 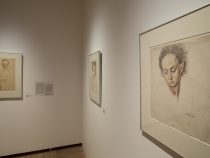 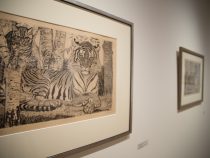 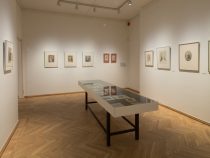 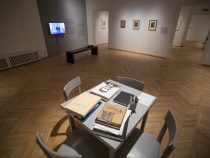 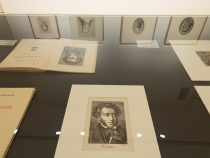