From 26 May a new exhibition is open in the Tartmus project space titled The Artist’s Gaze. Self-portrait which complements the larger collections based exhibition The Eloquent Body. The self-portrait is a classical genre that has gone through several stages of development and has been used by many Estonian artists such as Adamson-Eric, Ado Vabbe , Nikolai Triik, Karin Luts, Karl Pärsimägi, Malle Leis, Ilmar Malin just to mention a few. The exhibition is open until 30 July.

Initially the self-portrait was used to refer to the presence of the painter and the dignity of the artist’s profession. Over time it has become a means of presenting the artist’s consciousness as well as a tool of proclaiming one’s message and wading in on societal processes. The most consistent Estonian self-depicters not only used themselves as the most convenient models for practicing their dexterity but also implemented many widespread forms of self-portraits: expressing confidence corresponding to their profession (Julie Wilhelmine Hagen-Schwarz, Aleksander Hirv, Nikolai Triik), pantomime (Andrus Johani, Johannes Võerahansu), immersion into the psyche (Ann Audova, Eduard Kutsar), provocation (Ado Vabbe, Ilmar Malin, Rein Tammik), establishing oneself in the male-dominated art world (Karin Luts), roleplay and irony (Jaan Punga), sincerely facing the viewer (Oskar Kallis, Nikolai Kummits).

The curator of the exhibition Tiina Abel states that even though the self-representation in art has changed over time, the self-portrait is now more popular than ever. 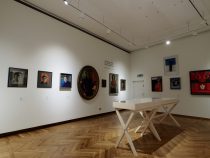 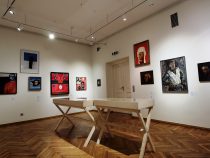 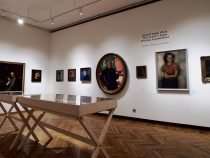 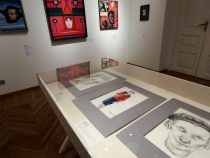